How to Add a Glossary

A glossary is a bilingual file containing the translation of terms (word or phrase belonging to a particular domain or kind of language) in a special subject, field or area of usage.

It is a term base you can consult while translating to search for term translations, definitions and notes.

You can import a glossary through the Translation Memory and Glossary tab in the Settings panel.

Once you access the Translation Memory and Glossary tab, click on the down arrow next to the Import TMX button corresponding to the private TM key where you want to import your glossary. 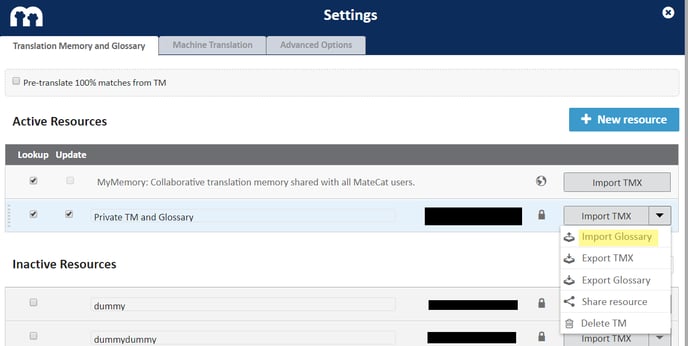 To import your glossary, select the option Import Glossary.

The glossary should be an XLSX file consisting of three columns:

The first line of the file should specify the languages of the glossary, using the following language codes: https://www.matecat.com/api/docs#languages

An incorrect language code, could prevent you from uploading the file.

Here’s an example of a well formatted glossary:

If you need to export your Glossary you just need to click on Export Glossary. 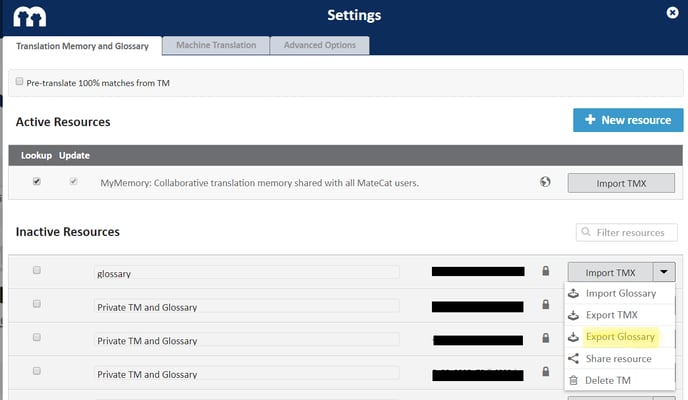 You will directly download an xlsx file for each language pairs you have saved on your key.